Choices I make today result in consequences I have to deal with tomorrow….

My decisions are important.  I have to figure out ahead of time if my choices are going to take me to a place I want to be.

I need wisdom, right?  Some of this stuff is hard to decide.  So I go to God.  In James 1, God has promised to give me generous amounts of wisdom whenever I ask.  I just have to believe I have received it.  I need to trust him and get rid of any doubts. 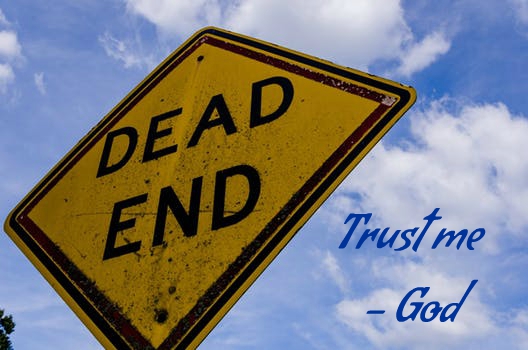 How can I be so sure that it’s God talking to me and guiding instead of myself or  – even worse – Satan?  I have studied God’s word for many years and, when I am listening, I recognize his voice.  I know what he would say.  I know his truth and that’s what he uses to guide me.

It’s so much different that the lies of this world.  It’s easy to discern.

I love the story in Daniel of the human hand that appeared and wrote a message to King Belshazzar on the wall in the middle of his big party.  It was a warning.  The bad consequences of his choices had piled up and the King was going to pay the price with his life.  He died that night.

I obviously want to make better choices that King Belshazzar did.  So I go to God early on in my decision-making.  And – sometimes – he writes a warning on the wall in my mind.  “Don’t go there, you won’t like what happens.”  “Don’t do that, you won’t like the consequences.”

I love these warnings because he is always right (of course).  I really don’t want to go there.  I definitely don’t want to do that.  I need to make a better decision now so that I don’t end up in a place I never wanted to be.

Please give us your wisdom, Abba Father.

Have you ever heard someone use this phrase?  Or have you used it?

I will often use it when I’m talking about a situation where what’s coming next is pretty obvious.  I can see the handwriting on the wall.

Several years ago I discovered that this phrase comes from book of Daniel.

King Belshazzar was having a party with all of his friends.  He ordered his slaves to take out the gold goblets that his armies had taken from the Temple of God when the Babylonians conquered Jerusalem.  Then everyone at the party used the goblets to drink their wine.

Suddenly, the fingers of a hand appeared and wrote on the wall near the king.  The king turned pale and was scared.

But the king couldn’t understand what the message said and neither could any of his enchanters, astrologers or diviners.

The queen finally remembered that Daniel had interpreted these kinds of things before so they called for him.  When Daniel arrived, he bravely told the king that the writing said that God had judged how he was ruling the people as king and found him not acceptable. He had learned nothing from his father – Nebuchadnezzar – who had constant issues until he acknowledged the most High God, who is sovereign over all.  King Belshazzar’s misuse of the temple goblets was the last straw.   So God was bringing the king’s reign to an end.

And King Belshazzar died that night.

What handwriting on the wall do we see for us through this story?  We don’t need an interpreter to understand that God expects us to learn from others’ experience.  In the first chapter of James, God offers to give wisdom to everyone who asks.  He expects us to use this wisdom so we don’t have to make the same mistakes as others have made.  He wants us to learn from their mistakes.

God expected this from King Belshazzar and he expects it from us.

Please give us your wisdom, dear Father.