Garages and basements full of stuff.

Stuff we’re not using but someone else would use it – if they had it.

God never meant for us to keep all of our stuff for ourselves.

God told the Israelites that their 50th year in the Promised Land was supposed to be a Year of Jubilee.  During this year, all of the poor people who had sold themselves as slaves were supposed to be freed and all property which had been sold was given back to the original owner.  It was intended to be a year consecrated for redemption and freedom.

Does it surprise you that my research shows that the Year of Jubilee was never observed?

I’m not surprised.  Our culture has taught us to hold our belongings and our stuff very close.  We don’t give stuff away.  We worked hard for these things.  We earned them.  They will be ‘worth something someday’.

Well, they are worth something to someone else who has less than us today if we could just loosen our grip on them. 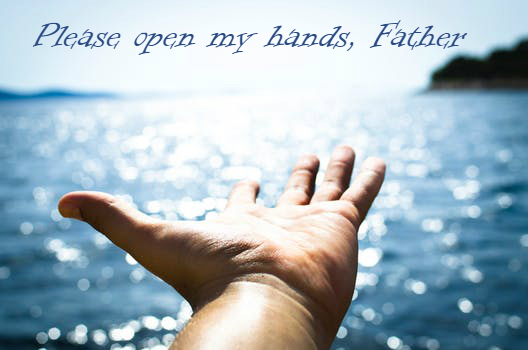 The Israelites couldn’t do it, either, so they lost the chance to see God work in a supernatural way in their lives.  They didn’t experience the joy and freedom of having open hands when it came to their ‘stuff’.

God wanted this to be a holy year for the Israelites where they would see his provision for them as they gave the property back to the original owners and set the slaves free.

But it never happened.

What about me?  What about you?  Are we holding loosely onto our belongings and stuff while we hold tightly onto God?  Are we seeing God work supernaturally in our lives because we spend more time and energy on loving him than we do with the things we own?

Do we own our stuff?  Or does our stuff own us?

Please help us hold loosely to everything that is not about loving you and loving others, Abba Father.

When the Worst Happens

It Has Been Decided