“If it’s from God, you will not be able to stop these men.”

Gamaliel was a smart man.  As a religious leader, he took part in the debate about how to get rid of Peter and the other apostles after Jesus left earth and returned to heaven.  The apostles were creating a growing threat to the established religious authority.  They had be ‘dealt with’.

I can see Gamaliel now.  Frustrated by the lack of insight into what has really been going on with Jesus, he stops the debate, “Leave these men alone!  Let them go!  For if their purpose or activity is of human origin, it will fail.  If it is from God, you will not be able to stop these men; you will only find yourselves fighting against God.” (Acts 5:39)

And we know the answer to Gamaliel’s question, don’t we?  Christians make up almost thirty percent of the global population.  It is estimated that more than 5 billion copies of the Bible have been sold.  It’s the best-selling book of all time in the entire world.  No other book is even close.

No one has been able to stop the spread of the Gospel because it comes from God.  It is not ‘from human origin’  like all the other religions. 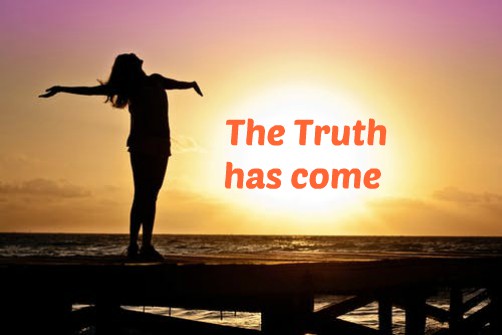 The Truth has come from God and his name is Jesus.

Continuing What He Started